There is a lot of theory available on the internet about telepresence robots, but what about its practical use case applications, industry requirements or future scope? With this interview, we bring you exciting insights from experienced industry experts themselves. We, at TRinE have had the privilege to learn from the specialists in telepresence robots and are delighted to share the same knowledge with the world. We interviewed Ujjwala Kashkari, a former head of sales and Anirudth Ravi, in a current position of an account executive at OhmniLabs in San Jose, California in the United States. In the audio file below, they both share their experiences and excitement about telepresence robots.

“Extension ability of remote presence and virtual inversion in another space is the most generalized benefit,” Ujjuwala Kashkari said is what she likes the most about telepresence robots. “For Ohmni robots, the key feature is the modularity, the fact that they identify everyone’s needs on the hardware and software side.” She further added.

The conversation continues further on the sharp features of telepresence robots in education where, as Ujjuwala mentioned, “adjusting the field of view according to demand, ability to zoom in and read notes from white board or laptop.” seemed to be the most interesting ones. It is interesting to know how much OhmniLabs telepresence robots have benefited multiple clients in education. For example, a non-profit in Australia that provides homebound education facilities, schools in the U.S are able to take homebound / hospital bound students not only to proms and ballgames but also field trips to NASA by the help of telepresence robots. Numerous learning activities have been enabled by telepresence robots even in islands such as Hawaii and Alaska where admins and superintendents can dial into the robot to provide feedback on the curriculum. To this Ujjuwala added this remarkable feature of a telepresence robot “OhmniLabs robots used in Italy enables the students to control the robot through their brain movement.” That was quite a startling piece of information, wasn’t it?

The discussion led to engrossing like a few rules, restrictions and policies to use the robots, client feedbacks, recommendations as we spoke further about the practical use cases. We also learned that Ohmni Labs telepresence robots are equipped with features such as being able to disable the robot from taking pictures, video recordings or screenshots. This is quite an important aspect to provide more trust and security to the users as privacy is a huge concern. Another concern is the cost factor, telepresence robots are expensive and a heavy investment. Thus, Ohmni Labs identifies and understands the use case of a client thoroughly. This helps the clients judge their need for a telepresence robot and invest with confidence. “We have something called a pilot program, where we give them a 3 month window where we will work with the clients to set up the framework according to their use case. As an introductory, we provide dedicated support, we identify the goals and design a program so that you can optimize your use case.” Ujjuwala mentioned as we reached the end of our talk. 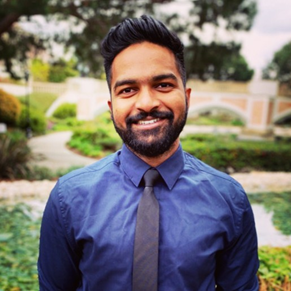 A huge thank you to our two very enthusiastic guests from OhmniLabs for taking the time to share their valuable experienced knowledge with us.

OhmniLabs – https://ohmnilabs.com/ – is a Silicon Valley-based robotics company that produces custom, purpose-built robots based on its modular Ohmni Robot platform.

This interview was conducted on 06 December 2021 by Adelina Buchar from the Karlsruhe Institute of Technology exclusively for the TRinE project.